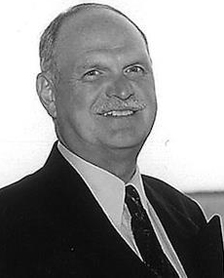 Winston Offord was part of the original mosacic that founded and framed our initial perfusion profession in Canada.  From those early days, the CSCP would be developed.  He was a soft spoken gentleman with a quiet demeanor who listened to, and appreciated the views of his fellow collegues.

I met Winston in 1969, snowmobiling and hunting a little.  It was in 1971 when Dr. Lynn (Kingston General Hospital cardiac surgeon) approached me to see if I was interested in becoming a perfusionist.  Winston would teach me by “on the job training” so many hours a week until I was ready for certification.  It was during this time that we became good friends.
In the beginning I was able to attend a couple of scientific meetings with Winston to see what went on and meet a few of the people attending.  It was during an Ottawa meeting that Winston taught me how to consume and enjoy as much lobster as possible.  I didn’t think there was that much lobster in Ottawa!  Winston smiled when he finished a lobster and said, “bring another”.
Winston was a great practical joker.  If he thought he could pull something off, no matter who you were, he would and then sit back and laugh like there was no tomorrow.
We hunted, fished, boated, camped, snowmobiled, dined out and sometimes had a BBQ and played cards.  Our families became very close.  We all liked doing the same things and our children were the same age which was a bonus!
One favorite thing was to go duck hunting on Saturday, bring the ducks home and cook them. Then on Sunday afternoon we would sit around the bar with cold duck, a salt shaker and a beer.
When Winston had his stroke which paralyzed his left arm (he was left–handed), he was still determined to play golf and he golfed better with that one arm than most people do with two.  Winston loved the game.
When you have a good friend like I had in Winston you should treasure it.  He was a good friend to many and I for one will miss him very much.
Respectfully,
Lou Gauthier
Retired Perfusionist, Kingston General Hospital

Passed away with his family by his side at the Kingston General Hospital on Friday, May 11, 2012 in his 70th year.  Loving husband to Carol for 45 years.  Beloved father of Susan Elliott (Ron), Bob Brown (Becky), Curtis Offord (Allison) and Shannon Offord (Stuart).  Proud grandfather of Steacy, Nicole, Cole, Caleb and Ande.  Dear great–grandfather of Jackson, Ryleigh and Bentley Winston.  Survived by his sisters–in–law, Joy Topliss (Kit) and Rhona Offord.  Predeceased by his parents, Loretta and Victor, his brother, Gary Offord and his granddaughter, Lacey Lee Brown.  In keeping with Winston’s wishes, cremation has taken place.