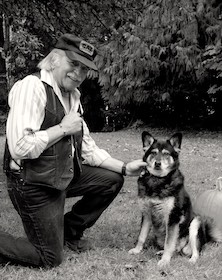 Ted was born near Regina Saskatchewan, attended University of Alberta in Pharmacy and migrated to Vancouver in the late ‘60’s.  He got work at the Vancouver General hospital in the “Oxygen Therapy” department. He was integrally involved in helping form the fledgling BC Respiratory Therapy association.  The newly formed VGH Cardiac Surgery team realized he might be better at managing “the pump” than H tanks. He started with disc oxygenators!  He worked at VGH for several years when Dr. Ashmore asked him to head over to the newly constructed  BC Children’s Hospital and their paediatric perfusion department.   He worked solo for many years and was recognized as innovative and cautiously progressive in his techniques.  He became interested in furthering the professional aspects of the job with both solidification of a Canadian Perfusion Society and a recognized Canadian certification process.  With input from the perfusionists scattered across this huge country, legwork of many industry reps, guidance from the CMA and Dr. D. Schatz at the Michener Institute, advice from AmSECT we gathered our facts, pitched the concept, revised our proposal and formed the Canadian Society of Clinical Perfusion (CSCP).  Ted, along with Andrew Cleland, Scott McTeer, Bill O'Reilly, David White and Barre Hall were the first Directors (founding fathers) of the Society.  Ted became the very first President of the CSCP.  In 1993 Ted and I hung up the tubing clamps, and resigned from our Perfusion jobs.  We started Phase two... moved to Vancouver Island, bought five acres, he bought a service station, I started teaching art, raised two great kids, and countless dogs.  Ted worked tirelessly pumping gas, fixing cars and towing vehicles at all hours of the day and night.  He passed peacefully Dec 28, 2020.  He is greatly missed by our small island community and family.