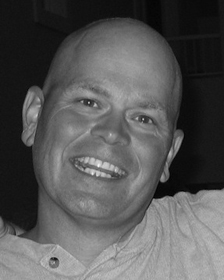 Born in London, Ontario, Mike started his career in healthcare as a registered respiratory technologist.  He went on to obtain his diploma with honours in Cardiovascular Perfusion, class of ‘97, at the Michener Institute of Applied Health Sciences and began his career at the Toronto General Hospital followed by employment at Hamilton Health Sciences Centre.  During this time Mike also obtained a Bachelor of Arts degree in Business Administration through Athabaska University.
Those of us who worked closely with Mike will remember him for his devilish sense of humour.  It was hard to work a shift with Mike without laughing through much of it.
Unknown to most people was the fact that Mike was a great humanitarian. He was a member of Big Brothers Association for many years, mentoring the same “little brother” for eight years.  Mike sponsored several children through World Vision, going so far as to travel to the Dominican Republic to meet them.
Mike was always interested in teaching.  He assisted many times with the student labs at the Michener and was clinical instructor for Hamilton Health Sciences Centre, often staying in touch with former students for many years.
Michael slipped the bonds of Earth quietly in the early hours of August 17th, 2010 at St. Peter’s Hospital Palliative Care Unit in Hamilton, Ontario.  Cherished son of Edwart and Grace Martin; youngest brother of Kathryn (Dale) Miles , Steven (Cath) Martin, and David (Ann) Martin.  Loving uncle of Kelly (Michelle) and Chris Miles; Sean (Jess), Alex, Carlie, Romaie, Ronald and Taylor Martin; Jessica; Joel and Melissa and great uncle to Stanley Martin.
Michael will be greatly missed by all who had the pleasure of working with him or calling him a friend. 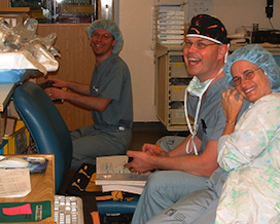